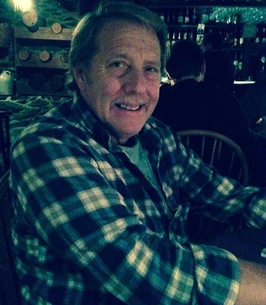 Steven Richard Kopp, lifelong resident of Harrison, Ohio.
Born in Cincinnati, Ohio on February 12, 1954.
Went to be with the Lord on June 8,2022

Steve Graduated from William Henry Harrison High School in 1972
He Attended College at UEI in Louisville, KY
He married Teri on October 25, 1982
Over the years he was employed in several occupations including Kopp Turkey Plant as a teenager.
Produce for the Kroger Company
Installing Air Conditioners at Auto Air of Cincinnati and
Inspecting fire alarms for Simplex Grinell

He was a member of Smyrna Missionary Baptist Church.

Steve was a Hard Working man and provided for his family. He enjoyed mule riding and mushroom hunting. He stayed busy maintaining his property where he built three beautiful homes. In his retirement years Steve farmed his land. He liked taking walks with Teri and his dog Kipper, and going on vacation with his family. He taught his grandchildren how to fish and was a wonderful Paw Paw. He liked to make people laugh. Steve was a great friend to many and will be deeply missed by his family, friends, and all who knew him.