To share your memory on the wall of Paulette Wilkins, sign in using one of the following options:

Receive notifications about information and event scheduling for Paulette

We encourage you to share your most beloved memories of Paulette here, so that the family and other loved ones can always see it. You can upload cherished photographs, or share your favorite stories, and can even comment on those shared by others.

Ryan and Candace Warner sent flowers to the family of Paulette S. Wilkins.
Show you care by sending flowers

Posted Apr 11, 2021 at 09:19am
My condolences to the family. Paulette was an incredibly kind and loving woman. The world was a better place because of her. Mark Waddle and family.

The FTD Farewell Too Soon Bouquet was purchased for the family of Paulette Wilkins. Send Flowers

Posted Apr 10, 2021 at 08:35am
We loved Paulette at Fitworks /now Fit4Life gym She was in my classes and we talked often. She will be greatly missed by all of us. Sending our love and comfort to the family
Comment Share
Share via:
HS

Flowers were purchased for the family of Paulette Wilkins. Send Flowers

Posted Apr 06, 2021 at 07:12pm
Knowing Paulette was a blessing and we will miss her. Our prayers for comfort and strength are with you during this time of grief.

Ryan and Candace Warner purchased the The FTD Beautiful Spirit Arrangement for the family of Paulette Wilkins. Send Flowers

Posted Apr 06, 2021 at 11:25am
What blessing with all the beautiful angel gowns created. You will be missed. Our deepest sympathy to the family. Cathy , Diana & Sewing hearts

Flowers were purchased for the family of Paulette Wilkins. Send Flowers 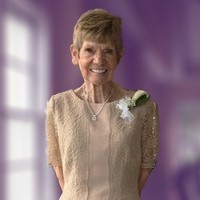