To share your memory on the wall of Tonya Engel, sign in using one of the following options:

Receive notifications about information and event scheduling for Tonya

We encourage you to share your most beloved memories of Tonya here, so that the family and other loved ones can always see it. You can upload cherished photographs, or share your favorite stories, and can even comment on those shared by others.

Mike, Tina, Joe, and Karly, Your friends at Cincinnati Driveline, and other have sent flowers to the family of Tonya Sue Engel.
Show you care by sending flowers

Mike, Tina, Joe, and Karly purchased flowers and planted a memorial tree for the family of Tonya Engel. Send Flowers

Your friends at Cincinnati Driveline

Your friends at Cincinnati Driveline purchased the The FTD Rays of Solace Bouquet for the family of Tonya Engel. Send Flowers

Posted Jan 17, 2021 at 08:58pm
Please accept our most heartfelt sympathies for your lossour thoughts are with you and your family during this difficult time.

Posted Jan 17, 2021 at 08:37pm
You all have my most Sincere Sympathy, I am so sorry for your loss! I didn't know Tonya real well, but she was such a sweet, kind person when I would talk with her on the phone and she and Steve were both very good friends and bosses to my son, Steve Bevis. My heart breaks too, over her loss. May God give you added strength at this most difficult time! Pat Smith
Comment Share
Share via: 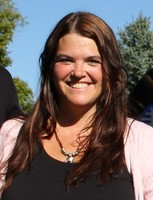