To share your memory on the wall of John Marx, sign in using one of the following options:

Receive notifications about information and event scheduling for John

We encourage you to share your most beloved memories of John here, so that the family and other loved ones can always see it. You can upload cherished photographs, or share your favorite stories, and can even comment on those shared by others.

Posted Aug 16, 2020 at 05:51pm
To the family of John Marx you have my sincere condolences at this time. I understand what you are going through and what you have gone through, stay strong, stay together and enjoy pleasant memories. Most of all don't forget to love each other and show it, let your actions be your words. Good memories will prevail. He will be missed at The National Underground Railroad Freedom Center.
JoyceColeman
Comment Share
Share via:
JM

Posted Aug 11, 2020 at 04:16pm
When I was 12 yrs old, the neighborhood kids and I were playing on a bulldozer trailer in their back yard.
4 would run up to the back end and launch the one kid standing on the front end up in the air.
I fell off and the trailer hitch slammed down on my right foot breaking every bone in it.
In screaming pain I yelled "Get my Dad!"
1 minute later here came Dad, charging right up through their back yard in moms blue Valiant!
Dad picked me up and rushed me to the hospital. The neighbors were mad at Dad for the tire ruts in their back yard.
But he was my hero. 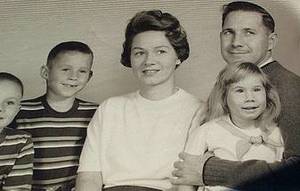 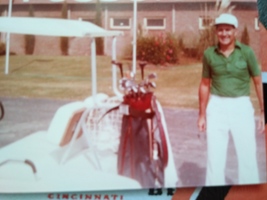 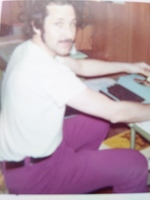 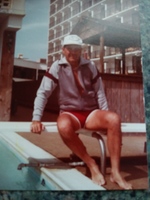