To share your memory on the wall of Thomas Green, sign in using one of the following options:

Tom attended the School for the Creative and Performing Arts, and was involved with drawing, photography, painting, music, drama and stage production. His love of the arts continued throughout his life, and could be seen in the elaborate preparations for his favorite holiday, Halloween. He would spend all year building monsters and props, putting together soundtracks, coordinating different special effects to make his house one of the favorites in the neighborhood to visit on Halloween night, and by November 1st, he was already planning on what new things he was going to do the next year.

Tom was also a huge Star Wars fan, and has designed and built a number of working light sabers with both sound and light displays. He has seen every Star Wars movie numerous times and can quote certain lines word for word. Sadly, he was too ill to see the last installment. Tom was always tinkering with a new gadget and even made his home as automated as possible with modern technology.

Tom earned certificates in flexography, color separation and real estate from Cincinnati State University, and was even accepted in the culinary arts program. Anyone who knew Tom would tell you that he loved to cook. His specialty was all things barbequed, using only charcoal or wood; he did not consider propane as grilling, he would call it an outdoor stove. He loved to smoke pork shoulder for pulled pork, ribs, beef brisket, chicken and the standard hot dogs and hamburgers. Every year his birthday gift to his wife Kim was a tender and moist beef brisket. You name it and he could make it taste divine. He even created his own line of BBQ sauces that were in great demand when he made extra. He hoped to one day start a barbeque catering business, called “The Citizens of Porkopolis.”

He was no slouch in the kitchen either. He learned at the apron strings of his Aunt Pat and his Grandmother, and was schooled in the use of cast iron cookware. He could fry chicken that was so moist and tender, and made killer macaroni and cheese from scratch, that family from far and wide looked forward to it at Christmas. Tom would always say if you left his home hungry it was your own fault.

Tom had a variety of professional careers in the food industry, sales, real estate, insurance and customer service. His very first job was at Skyline. He also managed a Steak and Shake, and a Bob Evans. He was so well respected by the patrons at the Oxford, Ohio, Bob Evans that the regular patrons teasingly called it “Tom’s." He had a telephone voice that could put even the most nervous or irate customer at ease. Tom’s outgoing and charismatic personality meant he was everyone’s friend and he treated all of his friends like family.

Tom met his wife Kim (Hlavaty) Green in Chicago at a church convention. He introduced himself with a classic line: "Hi, I'm Tom." If you were to ask him, he would say it was love at first sight, the cliché of catching a stranger’s eye across a crowded room was exactly what happened. Their 10-year long-distance relationship, with him in Cincinnati and her in Chicago, culminated in a loving marriage on May 25th 2003 in Cincinnati; their daughter Ella was born in July of the following year.

Tom has been an active participant Cheviot United Methodist Church, giving his time as a Sunday School teacher, as well as the sound technician for the early Sunday service, Vacation Bible School, and other special programs and events at the church. He has catered meals for the church and has performed in the Christmas programs as a wise man, sung in the Christmas Choir, and performed in the reenactment of the Last Supper.

Tom is preceded in death by his parents Ella Louise (Bridges) Green and Marcus Moran Green, and an Uncle Elliott Howard Green.

Visitation Friday, January 10 from 5 pm to 8 pm at the Cheviot United Methodist church, 3820 Westwood Northern Blvd. Cheviot, Ohio 45211. Funeral services Saturday, January 11 at 11am. Family will also receive friends on Saturday from 10am until time of services at the church. Memorials may be made for the benefit of Ella Green, 3155 Harrison Ave. Cincinnati, Ohio 45211.
Read Less

Receive notifications about information and event scheduling for Thomas

We encourage you to share your most beloved memories of Thomas here, so that the family and other loved ones can always see it. You can upload cherished photographs, or share your favorite stories, and can even comment on those shared by others.

From your Hospital Dialysis Nurses. sent flowers to the family of Thomas E. Green.
Show you care by sending flowers

Posted Jan 09, 2020 at 03:09pm
Dear Kim & Ella, our prayers are with you. May our Lord & Savior Jesus Christ give you peace, strength, and comfort. Tom was a great husband and father. His kindness was felt by everyone that came in contact with him. Tom was friendly, upbeat, encouraging, and always in good humor. As a techie Tom was skillful in Apple and creating Star Wars & Star Trek costumes. Tom’s BBQ was famous in Cincinnati and beyond. Yes Tom will be missed but knowing he is with God in heaven is a comfort to us all.
Job 19:25-27 But I know that my redeemer lives, and at the end he will stand upon the earth. Even after my skin has been destroyed, yet I will see God in my flesh. I will see Him myself; my eyes will look at him, and not as a stranger. My heart longs within me.
Comment Share
Share via:
FN

From your Hospital Dialysis Nurses.

From your Hospital Dialysis Nurses. purchased flowers for the family of Thomas Green. Send Flowers

Flowers were purchased for the family of Thomas Green. Send Flowers

Posted Jan 05, 2020 at 10:08pm
Our deepest condolences during this difficult time. Love, hugs and prayers

Posted Jan 05, 2020 at 09:33pm
Kim, my love and prayers are with you and Ella. Planting a tree seems like something Tom would have approved of. Love, Gail Turner. 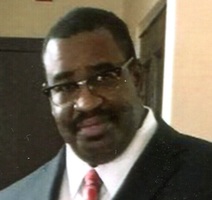 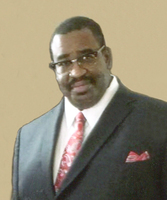