To share your memory on the wall of Robert Klug, sign in using one of the following options:

Bob was a graduate of Elder High School and attended business school at the University of Cincinnati and Xavier University. He owned several businesses in Cheviot including “Tummy Treats” until retirement in 2001. Bob was active in local politics, beginning in 1950. He served several terms as Cheviot City Councilman, was a member of the Cheviot Democratic Club, the Green Township Democratic Club (Central Committee, and as Precinct Executive), the Cheviot Fire Association and Cheviot Eagles. He was Scout Master of Troop 662, Boy Scouts of America, and coached the St. Martin’s Pony League Youth football team.

Family will receive friends Wednesday from 9:00 a.m. until 10:15 am at Neidhard Minges Funeral Home, 3155 Harrison Ave., Westwood followed by a memorial mass at 10:30 am at St. Aloysius Gonzaga Church Bridgetown. Burial of ashes follows immediately at Bridgetown Cemetery. All are invited to attend a celebration of his life following the interment (1:00 p.m.) at Receptions 3302 Westbourne Drive Cincinnati 45248.
In lieu of flowers, please consider a donation to Cincinnati Area Senior Services, 644 Linn St. Suite 304, (45203)
Cassdelivers.org/support-cass/
Read Less

Receive notifications about information and event scheduling for Robert

We encourage you to share your most beloved memories of Robert here, so that the family and other loved ones can always see it. You can upload cherished photographs, or share your favorite stories, and can even comment on those shared by others.

Posted Nov 13, 2019 at 09:50am
Beverly, I was saddened to see the death notice of your father. Please accept my condolences and extend them to your whole family.
He was a very accomplished individual and he will live on in your memory.

One thing about our faith: we know that we will never see anyone for the last time.

Posted Nov 08, 2019 at 08:18pm
On behalf of the men and women of the 353 Combat Training Squadron and the 18 Aggressor Fighter Squadron at Eielson AFB, AK, our deepest sympathies.

~CTS and AGRS purchased flowers for the family of Robert Klug. Send Flowers 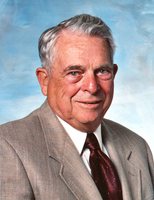