To share your memory on the wall of Sonia Byrd, sign in using one of the following options:

Sonia was a career employee of The Kroger Company where the demands of the job took their daily toll. Her immediate family members were either employed by The Kroger Company (daughter), or the Cincinnati Police Department (husband, brother, son, daughter, daughter-in law, and son-in-law). It does not take much imagination to wonder how bizarre the conversations became during our family gatherings.

That being said, in sharp contrast to what some may imagine, by all accounts, Sonia was an extremely soft hearted nonjudgmental person, with an open mind to any and all she met. On many occasions, Sonia was a second mother or sister to wayward friends during trying times in their lives. Every family member could tell endless stories of “remember when (insert name here) lived with us.” This was confirmed during these last few weeks of Sonia’s life when many visited or contacted her to say how big of a difference she made in their lives. Time and time again, we’ve heard, and still do hear, “she was like my second mother or sister.”

Her love of all things in this life were not just limited to humankind. She was an animal lover and adopted, fostered and rescued many of them over her lifetime.

Our mother was not big believer in receiving flowers on any occasion and always felt we and others were “wasting our money.” We as a family request, in lieu of sending flowers and if you feel the need, that you can make a donation to your favorite legitimate charity or animal rescue.

Additionally, if it’s not asking too much, and we are not being too forward, please hug your loved ones and let them know how you feel, as though each time is your last.
Read Less

Receive notifications about information and event scheduling for Sonia

We encourage you to share your most beloved memories of Sonia here, so that the family and other loved ones can always see it. You can upload cherished photographs, or share your favorite stories, and can even comment on those shared by others. 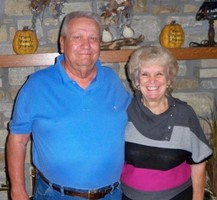 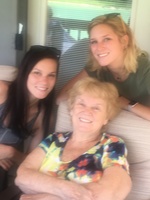 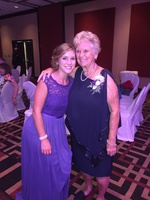